After being criticized for its “neutrality”, South Africa declares itself a “friend” of Russia 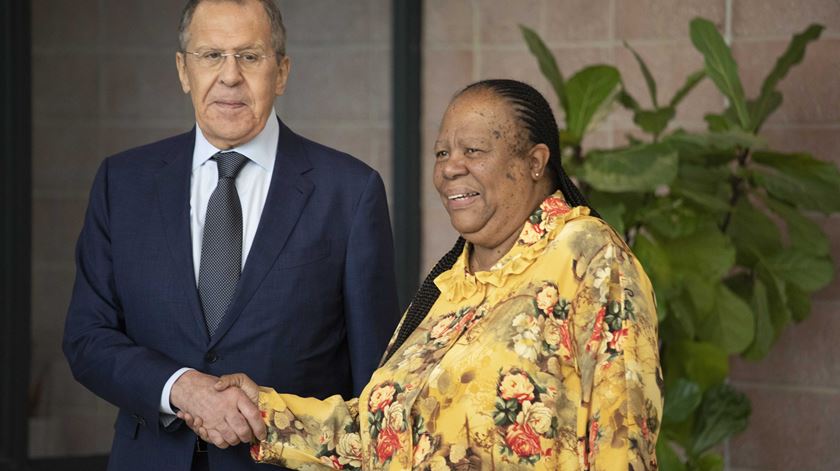 South Africa, criticized for its neutrality by refusing to condemn Russia for the invasion of Ukraine, reinforced this Monday in Pretoria its proximity to Moscow by declaring itself “friend”, during a meeting of the heads of diplomacy of the two countries.

The manifestation of friendship from Pretoria, which last Thursday announced the holding of joint naval exercises with the Russian and Chinese navies in February, was made by the Minister of Foreign Affairs and Cooperation, Naledi Pandor, during a meeting with her counterpart Russian, Serguei Lavrov, in which he claimed South African “sovereignty” to decide with whom to establish relations.

The naval operation “is part of a program of military exercises that the South African defense forces have in the framework of agreements with many countries around the world”, argued Pandor today, at a joint press conference with Lavrov, about a month ago before the first anniversary of the Russian invasion of Ukraine.

The South African National Defense Force (SANDF) announced on Thursday the holding of a multilateral maritime exercise on the east coast of the country, from 17 to 27 February, involving the Navy of the Liberation Army of South Africa. Chinese People and the Russian Federal Navy.

Today, at the press conference, Pandor questioned why “no one asked questions” about other military exercises held in the past with Western countries such as France or the United States.

The exercises aim to improve the skills of South African troops “so that they can respond to a series of situations, including disaster management, in which the Army is often involved”, said the minister.

Lavrov also defended the maneuvers, assuring that they are a test of Russia’s will to “develop” its military cooperation and regretted that the West is presenting them “as worrying, when it is a completely common practice” between the countries.

The South African government guaranteed last year that it adopted a neutral position on the war in Ukraine and asked for dialogue and diplomacy to resolve the conflict, but the opposition accused the executive of supporting Russia.

In this sense, Pandor insisted today on the need for “a diplomatic solution and process” to end the war, calling for “multilateralism and dialogue” as solutions.

“We reiterate our position that the concerns of both nations must be addressed in this diplomatic process”, emphasized the head of South African diplomacy.

South Africa, Russia and China are part of the group of emerging economies BRICS, a bloc that also includes Brazil and India and whose rotating presidency is exercised this year by Pretoria.

The military offensive launched on February 24, 2022 by Russia in Ukraine has so far caused the flight of more than 14 million people – 6.5 million internally displaced and more than 7.9 million to European countries -, according to the latest data from the UN, which classifies this refugee crisis as the worst in Europe since the Second World War (1939-1945).

The Russian invasion – justified by the Russian President, Vladimir Putin, with the need to “denazify” and demilitarize Ukraine for Russia’s security – was condemned by the international community in general, which has responded by sending arms to Ukraine and imposing Russia from political and economic sanctions.

The UN presented as confirmed since the beginning of the war 7,031 dead civilians and 11,327 wounded, underlining that these numbers are far below the real ones.