An iceberg with more than 1,500 km2 stands out from Antarctica 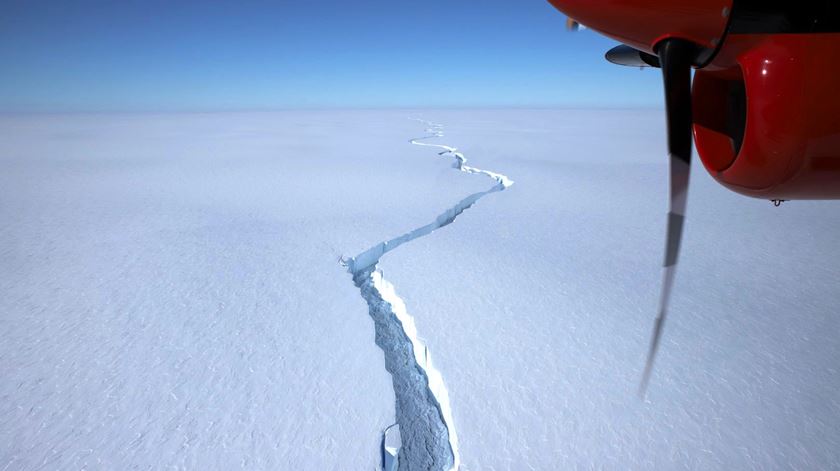 A huge iceberg, with an area equivalent to 15 times the size of Paris, broke off Antarctica on Sunday, British scientists said.

The block of ice, which totals 1,550 square kilometres, detached itself from the pack of ice on Sunday, between 7 pm and 8 pm Lisbon time, during a tide that widened an existing fissure, detailed the British Antarctic Survey (BAS), a research body on the polar zones, in a statement.

Two years ago, an iceberg of virtually identical size had formed in the same area, named the Brunt Barrier, on which the British research station Halley VI is installed.

The glaciologists, who are on the ground from November to March, have been observing for a decade the increase of vast fissures in the ice.

In 2016, BAS had decided to move its station by 20 kilometres, for fear of ending up on a drifting iceberg due to melting ice.

“The detachment was expected and constitutes a natural behavior of the Brunt Barrier. It is not linked to climate change”, said glaciologist Dominic Hodgson, quoted in the text.

However, the continent is suffering the impact of global warming, with unprecedented temperatures recorded in 2022, as in the rest of the planet.

The extent of ice in February 2022 reached the minimum of 44 years of satellite records, recently indicated the annual report of the European program on climate change, Copernicus.

In 2021, the total melting of an iceberg, four thousand kilometers from the place where it detached from the ice block, in 2017, had released more than 150 billion tons of fresh water mixed with nutrients and reinforced the concern of scientists about the impact of the phenomenon on a fragile ecosystem.