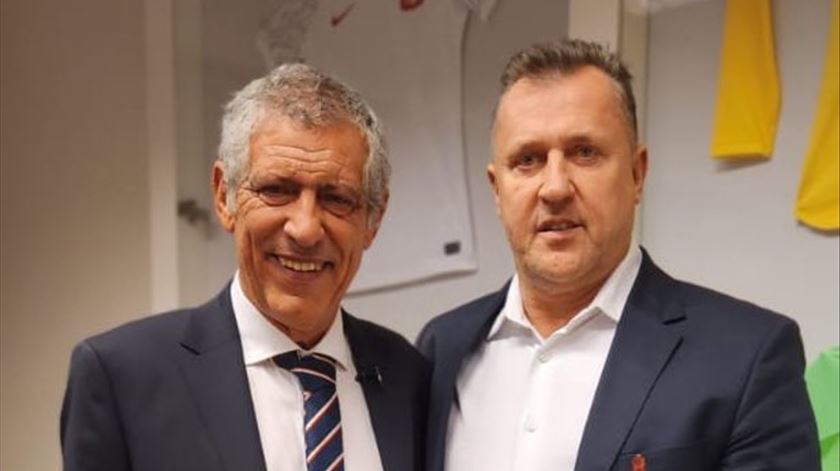 The president of the Polish Football Federation confirmed, this Monday, that Fernando Santos is the new coach of Poland.

Cezary Kulesza published a photo on Twitter with the Portuguese coach and the caption “See you tomorrow [terça-feira] at the presentation press conference, which was already officially scheduled.

The Twitter account of the stadium where the press conference will be held, PGE Narodowy, also confirmed:

“Fernando Santos as the new coach of the Polish national team. Tomorrow [terça-feira]during the presentation at PGE Narodowy, the Portuguese coach will start writing a new chapter in the history of our team and the white and red fortress”, it can be read.

Fernando Santos landed in Warsaw this Monday and will be presented on Tuesday at noon. The 68-year-old Portuguese, European champion in 2016, succeeds the Polish Czeslaw Michniewicz, who took over after the departure of Paulo Sousa. Michniewicz spent almost a year in the Polish national team and ended the connection after the World Cup in Qatar, where he led the team to the round of 16.

Santos will assume the third selection in his career, after Greece and Portugal. The coach got it right Termination of contract with the Portuguese Football Federation after the elimination of the World Cup, in the “quarters”, against Morocco. He was replaced by Spaniard Roberto Martínez.

Fernando Santos’ first match as Polish coach will be on March 24, against the Czech Republic, counting for the qualifying phase for Euro 2024. Poland is included in group E, also with Albania, Faroe Islands and Moldova. The first two are cleared.