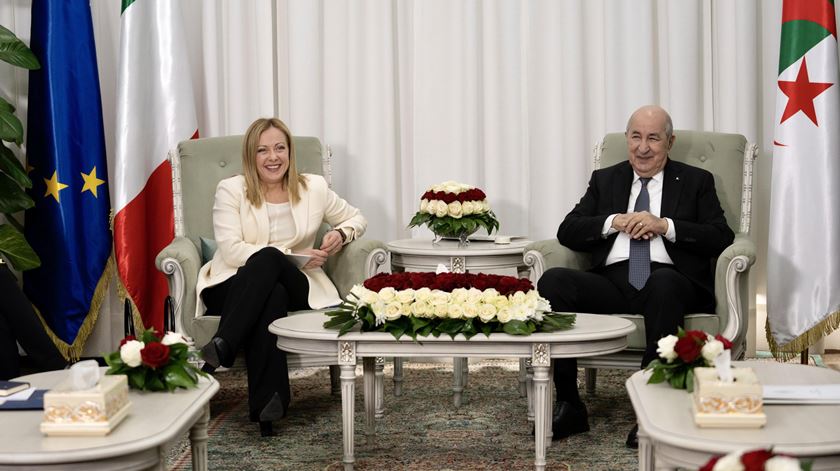 The coordinator of the Iberian Energy Observatory considers that the gas pipeline announced by Italy and Algeria “does not conflict” with the Iberian gas pipeline, which already has the support of France and Germany, to distribute hydrogen across Europe.

The private project should involve the supply of gas but also hydrogen, ammonia and electricity.

THE RenaissanceAntónio Eloy refers that these are “virtual things, which have not yet materialized” and cannot be projected in this way.

“Algeria cannot supply electricity through a gas pipeline and cannot supply hydrogen or ammonia, because it does not produce it. Algeria expects to produce as much renewable energy in 2035 as Portugal already produces in a quarter”, he indicates.

The expert remains skeptical about the potential of the African country to be able to supply relevant amounts to Italy, when it comes to green hydrogen.

“If the Iberian project goes ahead, hydrogen from Algeria won’t even enter the market, when it is able to produce it”, he considers.

Therefore, António Eloy sees the press conference this Monday, between Italy and Algeria, as “mere propaganda”.

On the other hand, he admits that Algeria could supply natural gas, “although its reserves have been decreasing”.

“Now, natural gas does not compare at all with the Iberian project”, he points out.

The coordinator of the Iberian Energy Observatory defends the exploitation of green hydrogen as a resource, but also regrets that Portugal “is doing it in a hurry and badly”.

“No substantial investment has ever been made. And now, to take advantage of the PRR, everything is being done. Hurry is the enemy of good”, he criticizes.