At Fundação Cidade de Lisboa, Campo Grande, Porto Editora, Assírio & Alvim, Livros do Brasil and Ideias de Ler announced more than a hundred titles to be launched in the first half of 2023 by the different brands that make up the Porto Editora Group.

Editorial director Vasco David took the floor to highlight the tribute that Porto Editora will pay to Luis Sepúlveda through the lens of Daniel Mordzinski in “Mundo Sepúlveda”. A celebration of 30 years of friendship, which combines travel, stories and, of course, the photographer’s images, in dialogue with the words of the Chilean author who died in 2020, a victim of Covid-19. And if it is not immediate to think of Sepúlveda as a poet, to fill this gap, for the first time in Portugal, on February 9, a book will be launched illustrating this facet of the Chilean author. “O Caçador Descuidado: Poesia Reunida (1967-2016)”, will be available in February in a bilingual edition, with a preface by José Luís Peixoto. 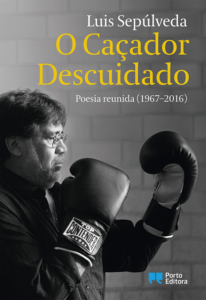 With your eyes still on the other side of the Atlantic, “Dor Fantasma”, by Brazilian Rafael Gallo, the winner of the 2022 José Saramago Literary Prize, will arrive at bookstores. Rómulo Castelo is the protagonist of this novel. A virtuoso pianist, he dedicates himself entirely to seeking perfection in his art, incessantly rehearsing what is considered Lizt’s untouchable work, the “Rondeau Fantastique”. However, life has other plans for Castelo and, from one day to the next, unable to reinvent himself in the face of adversity, he lets slip through his fingers what he thought was his rightful place on the podium of the world. 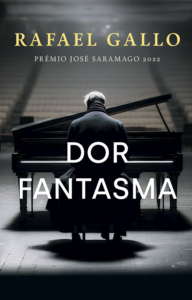 Leonardo Padura and his lieutenant Mario Conde return in May. Havana is the stage of this plot that brings together several historical events that will make Cuba tremble in the year 2016. And if the visit of Barack Obama, in what was called the “Cuban Thaw”, a concert by the Rolling Stones and a parade of the Chanel serve as a backdrop to “Decent People”, create the illusion that the island is ready to leave Castroism, reality continues without truce. And now the spoiler alert: Mário Conde will be called to solve a homicide.

Non-fiction between the reinvention of capitalism and disinformation

The Ideias de Ler seal publishes in February the Nobel Peace Prize 2021, Filipina Maria Ressa, CEO, co-founder and president of Rappler, the main news website in the Philippines, considered one of the 100 Most Influential Women of the Century, in 2020, by “Time” magazine and awarded the UNESCO Freedom of the Press Prize in 2021. “How to stand up to a dictator” – which bears the subtitle The fight for our future – is the result of her journalistic work to dismantle the network of disinformation created by President Duterte in the Philippines. 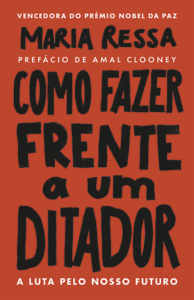 In April, Ideias de Ler proposes “Reimagining Capitalism in a World on Fire”, by Rebecca Henderson, one of the most important world leaders in organizational and strategic change. Here she outlines her vision for rethinking free market capitalism, without denying it, so that it is more than a system that generates prosperity to assert itself as a champion of the environment, social justice and democratic institutions. Finalist book of the “Financial Times” & McKinsey Business Book of the Year 2020.

Bruno Paixão’s debut novel, “Ossecretos de Juvenal Papisco”, which won the 2nd edition of the Luís Miguel Rocha Literary Prize, is released at the end of February and brings us a social metaphor with a refined caricature sense, which combines political and passions with the weaknesses of justice in a broth of remedies to respond to what medicine does not respond to. 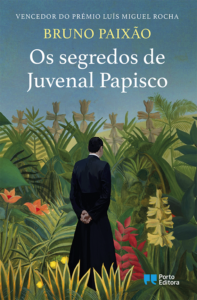 In March, Porto Editora publishes the second and last part of the Zarco saga, “A Aldeia das Almas Desaparecidas”, by Richard Zimler, with the subtitle What we are looking for is always looking for us. Another return to historical narratives is also planned, this time by João Pedro Marques, with “Até ao Fim da Terra”, set in the midst of the French invasions, when Massena’s army invades Portugal and approaches the Buçaco mountain range.

Also in March, José Gomes Mendes, former Secretary of State and Deputy, makes his fictional writing debut with “A Célula de Sheffield”, a novel between the policeman and suspense which, in the words of editor Paula Ventura, is truly “addictive”. and whose narrative travels through the world of football, terrorism and politics between two continents. Maio brings with it “Death and the Penguin”, which is considered the masterpiece of Andrei Kurkov, perhaps the most important contemporary Ukrainian writer. A black comedy that portrays the situation in Ukraine in the post-Soviet era, where corruption was rampant.

Céline: a reissue and a revelation

The “Dois Mundos” collection, by Livros do Brasil, brings us “O Jovem”, by Annie Ernaux, in January, the unpublished one revealed in the year in which she received the Nobel Prize for Literature, recounts the author’s passion with a man 30 years younger. In March, “Memória de Rapariga” will be published, in which Ernaux returns to the summer of 1958, the one in which, at a summer camp, she spent the night with a man for the first time.

Louis-Ferdinand Céline will be in the spotlight, first with the reissue of “Morte a Crédito” – a prominent work in French literature, originally published in 1936 and translated into Portuguese by Luiza Neto Jorge – and the unprecedented “Guerra”, unveiled in 2022, more than 80 years after its writing. 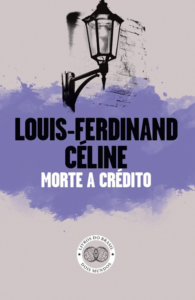 Tiago Forte, one of the world’s most recognized specialists in productivity, has written a guide that seeks to help us create our own personal system to manage the avalanche of information that we have access to and, as such, generates stress. In “Building a second brain”, the author with Brazilian roots suggests the creation of a “second brain” that helps decipher, systematize and memorize what we consider useful and necessary. It hits bookstores in June.

Luiza Neto Jorge, the poet who, since 1960, opened new paths in Portuguese poetry, will be published by Assírio & Alvim, in a volume that gathers all her poetry and expands the old collection with unpublished and recently collected texts – “Poesia ” returns to the showcases in March. At the same time, the first of two volumes will be launched evoking the entire “Poetic Work” of Pedro Homem de Mello, one of the most important poets of the Presence Generation, organized by Luis Manuel Gaspar.

The publication of “Canção Derruída” marks the debut in Portugal of the Brazilian Mar Becker, a work that revisits the poems of the two previous collections – “A Mulher Submersa” (2022) and “Sal” (2020), an initiative that aims to create a transatlantic bridge with Assírio Brasil and bring the new generation of Brazilian poets to the Portuguese publishing market. 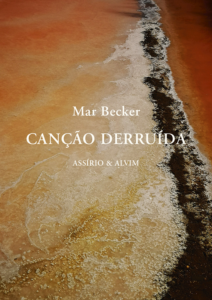 Porto Editora started publishing audiobooks in 2021, following the growing demand for the format in Portugal in what is a worldwide trend. At the moment, it has 18 titles published, including “A Viúva”, by José Saramago, and “Violeta”, by Isabel Allende, with more than a dozen titles planned to be published in the first half of the year, between fiction and non-fiction, by national or international authors.

Highlights include “The son of a thousand men”, with narration by author Valter Hugo Mãe, “Diário de Anne Frank”, in the voice of singer Ana Vieira, “Último Olhar”, the first unpublished novel by Miguel Sousa Tavares at Porto Editora; and also “How to avoid a climate disaster”, the bestseller by Bill Gates in the voice of Rui Unas, which will be narrated by José Mariño, and “Memorial do Convento”, by José Saramago, narrated by Rui Portulez.