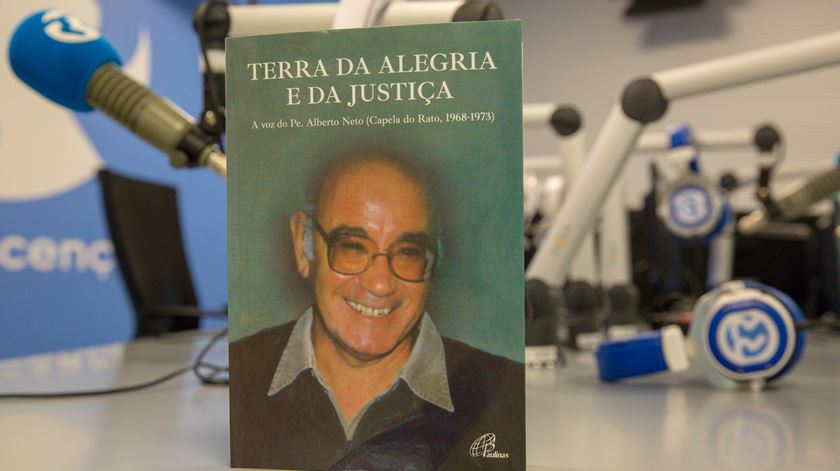 “The Church cannot be closed as if it were a museum. You have to light the way.”

In the current context of crisis, on so many levels, Peter Stilwell says that it can be inspiring to read, or reread, Father Alberto Neto’s texts, for his directness and courage, which are lacking in the Church today.

“He was situated on a frontier that is vital for the Church – announced and enunciated by the Second Vatican Council, but which the Church, in the following decades, has not always been able to deal with – which is the frontier between the Church, internally, and the world and society that surrounds it. Therefore, this frontier that Catholic Action has been working on, Father Alberto is an example of this type of dialogue”.

“It is clear that the issues that concern society pass through him, through his reflection, in the light of his faith and biblical texts, in the light of the Church’s tradition. This constant, difficult, critical dialogue is necessary for our days. Incidentally, it is no coincidence that Pope Francis launched the synodal process, which has exactly the same aspect: it is to take back from the Council this concern that the world advances, evolves”.

For Peter Stilwell “the Church cannot close itself off as if it were a museum, to be visited like curiosities of the past, but it has to light the way and people of good will, who want to understand how to respond to the challenges of time and maintain the their courage, when these paths seem barred by the powers of the world, whether economic or political, which are holding back the changes that could eventually lead to humanity becoming more of a family than competing peoples”.

It is in this challenge of great politics that the Church must become involved, and the Catholic Church has a long tradition of Social Doctrine, which has very concrete principles and proposals on how to respond to the challenges

Former rector of the University of São José, in Macau, and currently responsible for the Department of Ecumenical Relations and Interreligious Dialogue of the Patriarchate of Lisbon, Father Peter recalls the responsibility that Christians in general, including clergy, must have in politics.

“It is not party politics, but politics in a noble sense, which is the concern with the polis, that is, with the city: attention to the imbalances that exist in social and economic terms, attention to people who are most fragile, make the city a place that is welcoming and not one of unbridled competition”.

“It is in this challenge of great politics that the Church must get involved, and the Catholic Church has a long tradition of Social Doctrine, which has very concrete principles and proposals on how to respond to the challenges”, he stresses.

Alberto Neto was also a poet and a musician, and the new edition of the book – which has been revised and enlarged – in addition to testimonies from those who lived with him, also includes songs by the author. “”It was possible to add the hymns that he wrote over time for the Liturgies at Capela do Rato and elsewhere”, explains Father Peter, who helped journalists António Marujo and Jorge Wemans (a friend of Father Alberto) to choose the who should enter.

Reissued by Paulinas Editora, the book also changed its title. In the first edition it was ‘Padre Alberto, an uncomfortable voice’, now it is entitled ‘Land of Joy and Justice – The voice of Father Alberto Neto’.

“We thought that the previous title was more localized in time and more generic”, explains Peter Stilwell, who leaves a final invitation for you to read. “It’s worth remembering for those who knew Father Alberto, and for those who didn’t, but would like to know how vital the Church was at that time”.

The presentation of the book is scheduled for 6:30 pm this Tuesday, at the library of the Church of São Tomás de Aquino, in Lisbon, in an initiative of the Center for Christian Reflection.