More than 83% of seniors are already vaccinated against the flu 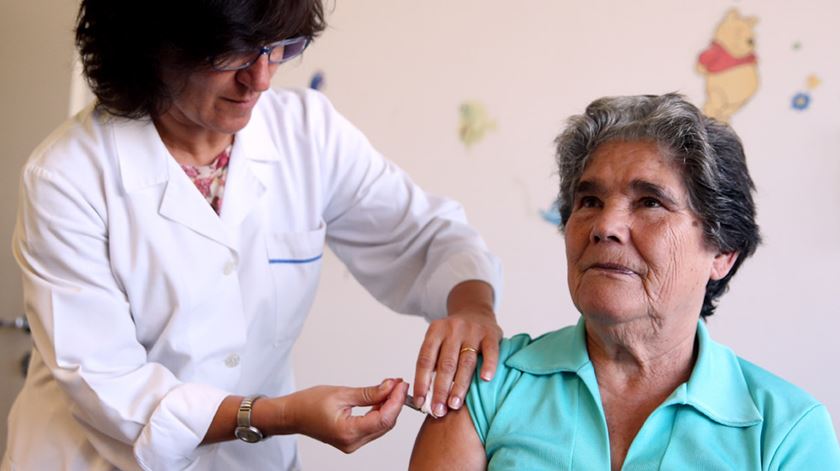 More than 83% of people aged 65 or over, as well as more than half of health professionals, will have been vaccinated against the flu in the 2022/2023 flu season, indicate the final data from the vaccinometer.

According to the final data, to which Lusa had access, like last year, Portugal exceeded the target of 75% flu vaccination rate proposed by the World Health Organization (WHO).

According to the vaccinometer, 83.2% of people aged 65 or over have been vaccinated – 3.8 percentage points more compared to the results of the 3rd wave of the vaccinometer -, the same happening with 52.6% of health professionals in direct contact with patients, a figure that dropped in relation to the previous flu season (64.4%).

In the older group – aged 80 or over – 87.5% of people will have already been vaccinated, and 58.3% will have done so on doctor’s recommendation.

The information released this Monday also shows that 33.4% of Portuguese aged between 60 and 64 years (6.3 percentage points more) are already protected by the flu vaccine. Vaccination coverage of pregnant women is 69.2%.

Final data from the vaccinometer, which monitors flu vaccination during the flu season through questionnaires, also show a vaccination rate of 6% for the population between 18 and 59 years of age.

According to the final data from the vaccinometer, promoted by the Portuguese Society of Pneumology (SPP) and the Portuguese Association of General and Family Medicine (APMGF), with the support of the biopharmaceutical company Sanofi, the main reasons that led people to get vaccinated were medical recommendation (29.2%) and notification for scheduling via the SNS (28.3%). There were 22.3% of people who were vaccinated in the context of a work initiative and 16.6% on their own initiative, because they always try to be protected.

Cited in a statement, the president of APMGF, Nuno Jacinto, considers these data “very satisfactory”, stressing that, “for the fourth consecutive year, the results show that Portugal has reached and exceeded the target defined by the WHO for vaccination coverage of people with more 65 years old”.

“The values ​​obtained are also quite positive for chronically ill patients and pregnant women. Taken together, these results indicate that the Portuguese have confidence in flu vaccination and recognize its importance and value, particularly with regard to vulnerable groups and risk,” he said.

Nuno Jacinto also recalls that “the high vaccination coverage obtained has a direct impact on protection against the flu, reducing the incidence and preventing chains of transmission, but it also has enormous benefits in reducing the complications of the flu, for example by preventing the occurrence of cardiovascular events or the decompensation of chronic diseases”.

Launched in 2009, the vaccinometer monitors flu vaccination during the flu season through questionnaires given to a population sample defined for certain groups established in accordance with the recommendations of the Directorate-General for Health (DGS).

Vaccination against flu, which began in September, is recommended, according to the DGS, for anyone aged 65 years or older, children aged six months or more who have associated chronic pathologies, chronically ill, immunosuppressed and pregnant women, in addition to health professionals and other care providers.