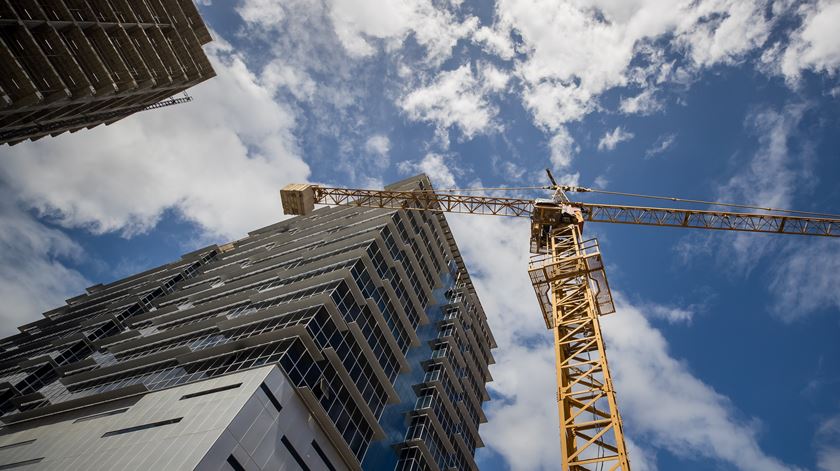 Uniting people around the claim to be able to live in the city is the motto of the movement that is collecting signatures to hold a local referendum for the right to housing in Lisbon.

Lusa spoke with three elements of the Housing Referendum Movement (MRH), which wants to mobilize people to claim the right to live in Lisbon and, at the same time, prohibit local accommodation in properties intended for housing.

Ana, Raquel and Teresa – who prefer to use only their first names, as they speak on behalf of many other people – present “a movement of different people”, who share the opinion that “the diagnosis is made”, but “the proposals have been very insufficient”, considers Teresa.

To resolve the situation, a National Housing Plan (proposed by the Government and approved on Friday, in Parliament) is not enough, it is necessary to “take the problem into one’s own hands”.

The proposal for a local referendum comes from this “urgency” to solve a problem that “has been somewhat neglected”, observes Raquel.

“We need an answer now, as quickly as possible and, unfortunately, many of the other proposals that are put on the table will take a long time”, he maintains.

“Political power has been saying for many years that it will solve the problem and it does not”, recalls Ana.

The initiative also stems from the finding that the right to housing has been “very badly treated, politically, judicially” and “not believing that the political powers will […] solve this problem”.

The MRH needs to collect at least five thousand signatures from people registered in the capital, which it will then present to the Lisbon Municipal Assembly, which will have to discuss the proposal, but may or may not approve it.

If you do not approve, the referendum falls, if you approve, then it goes to the Constitutional Court. Once there, the movement trusts that “the questions will be validated”, because it studied a lot in order not to have “a technical lead”, says Ana. Only after all this, the referendum can go to the polls.

On the other hand, “it is a process with several stages” that are difficult to overcome, especially the political ones, they anticipate, assuming that the objective goes beyond the referendum, also passing through “creating movement in the city”, which guarantees “popular support” for the initiative and “make sure that the Municipal Assembly cannot vote against it or, if it does”, it can be said that it is “failing the idea of ​​listening to the population”.

“A local referendum has never been held by popular initiative”, points out Teresa, regretting that this “tool of direct democracy” has been “very little used in Portugal” and “never” in Lisbon.

“What unites us is the idea that houses are for living in, that housing has to fulfill its social function”, they summarize, assuming that they took “a small part” of the problem – local accommodation –, but that which “ legally” could “attack”, based on a decision of the Supreme Court of Justice, in the sense that local accommodation cannot take place in buildings intended for housing.

They do not intend to “put an end to local accommodation at all”, but “put things back in their proper place”, underlines Teresa.

“As a business, [o alojamento local] cannot operate in properties with housing permits, [mas] it could work in other types of real estate”, he emphasizes.

Signatures – “about 800” so far – are being collected in person, using “neighborhood groups”, with a time horizon of July, so that the referendum can be discussed from September.

The movement is open to the participation of those who live in Lisbon, a concept that goes beyond residents, extending to those who work and spend time in the city and “feel threatened” by “real estate speculation” and “by the way the city has been conducted as a tourist business”.